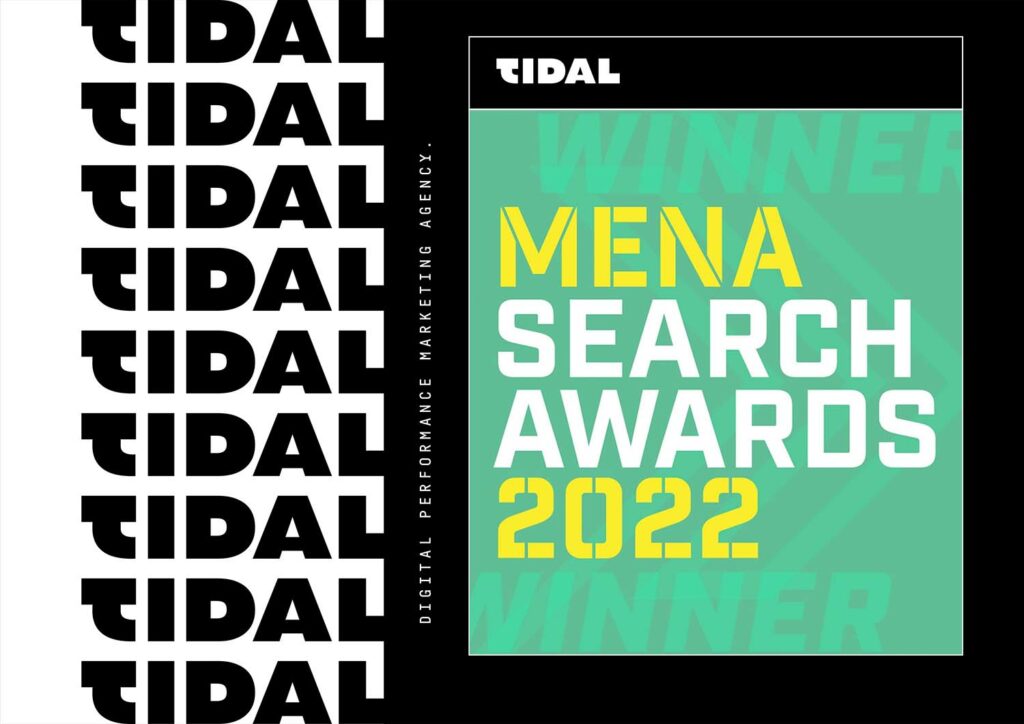 We’ve only gone and done it again! 5 awards at this year’s MENA Search Awards.

The awards were held on the 23rd of November and Team TIDAL sat in anticipation at our screens around the world. From Texas, USA to Pune, India and Manchester, UK to Dubai, UAE – we were watching, and then leaping from our chairs and tables in celebration as TIDAL took one after another.

So, where was that gold buried!?

Heading towards our third year with the ultimate in automotive prestige, the Rolls-Royce campaign Chasing Unicorns was aptly named by the campaign manager Charlotte. She correctly noted that finding demographics to target for cars that cost so much, was indeed like finding a unicorn!

Anyway, first up was Best Arabic PPC Campaign, which also leads us to another team shout, in Mahmoud, our SEO wizard and number one Arabic Performance powerhouse. We’re yet to find something that Mahmoud can’t excel at. So, this one goes to Charlotte and Mahmoud for their awesome work.

We also took Best Performance Campaign for the work with Rolls-Royce, which is a new category for us, and this really does put the cream on the cake. We’re fairly prolific with the awards, as those of you who follow us probably know. Moving into new realms shows progress, it alludes to a team that thinks outside the box and we’re really glad to have taken this one. This one is for Team TIDAL – well done guys and gals! 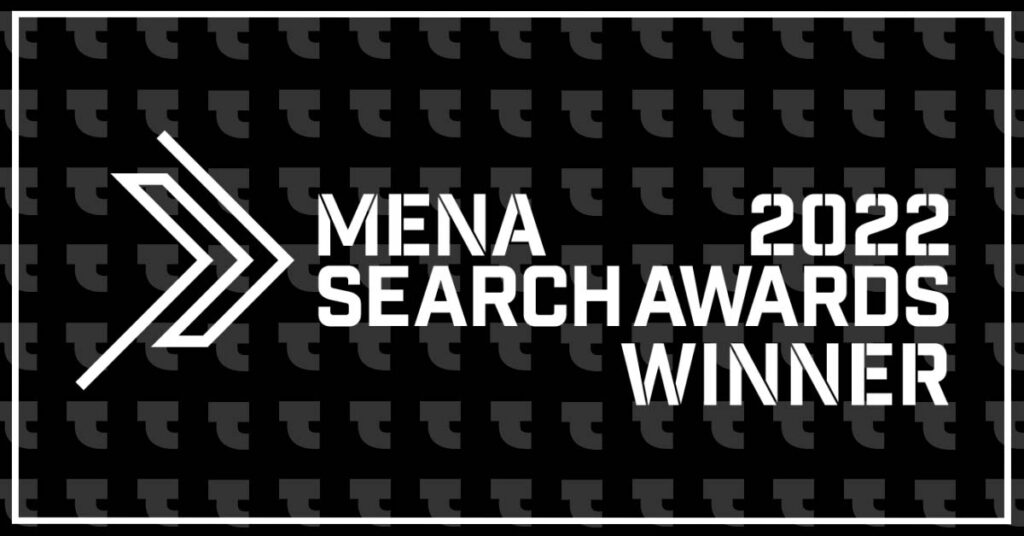 A Little off the Top

This relationship has proven to be long, strong and fruitful on either side. Symbiotic, is how we’d describe it. We build up the hype, the hits and the haircuts for Chaps & Co. In return we’re gifted some real job satisfaction and then some awards as a cherry on the cake.

This year’s campaign Raising the Bar(ber), was all about revising what we’ve done, where we were at and what we can do to continue this unbelievable story of a small brand, that now has a voice heard around at least half of the world.

This time around, Chaps & Co. have gifted us Best Use of Content Marketing & Best Use of Social Media. Each of these awards link to the content we produce for Chaps and how we capitalise on that. Knowing that the blog has historically done so well, we devised a blog acceleration plan to further push the outstanding work of Rob, our Head of Content into wider audiences, capturing more click throughs and more conversions.

Taking the blogs to new heights, was our Senior Performance Marketing Specialist, Jacob. His work with his team to promote the blogs through paid socials turned up results nobody really expected. Needless to say, this has been recognised by the judges, and that’s two for two with Chaps.

Last but not Least

The last award was the one that really cements our progression as an agency. After winning the Best Start-Up across several ceremonies, we’re now back as Best Small Integrated Search Agency. We’ve been chomping at the bit for this one, as it rewards the passion, the skill, the shared knowledge and the cohesion that is to be found in every aspect of everything we do.

We have just over 20 staff now, and it’s been a year since we’ve seen anyone leave the company. The team is like a perfect amalgamation of heroes and wizards, that clearly love where they are at, and love working alongside each other. Being a part of this growing, developing machine is a real good place to be, and we reckon all the staff share this sentiment. So, here’s to you Team TIDAL, you did it again.

As always, there’s a big shout to Don’t Panic Events and all the other agencies that were a part of the process, we love being an integral part of the community and would like to send our best wishes to each and every one of you.

BLOG PUBLISHING 101 – EVERYTHING YOU NEED TO KNOW